Thinking of you always: a collection of WWII letters 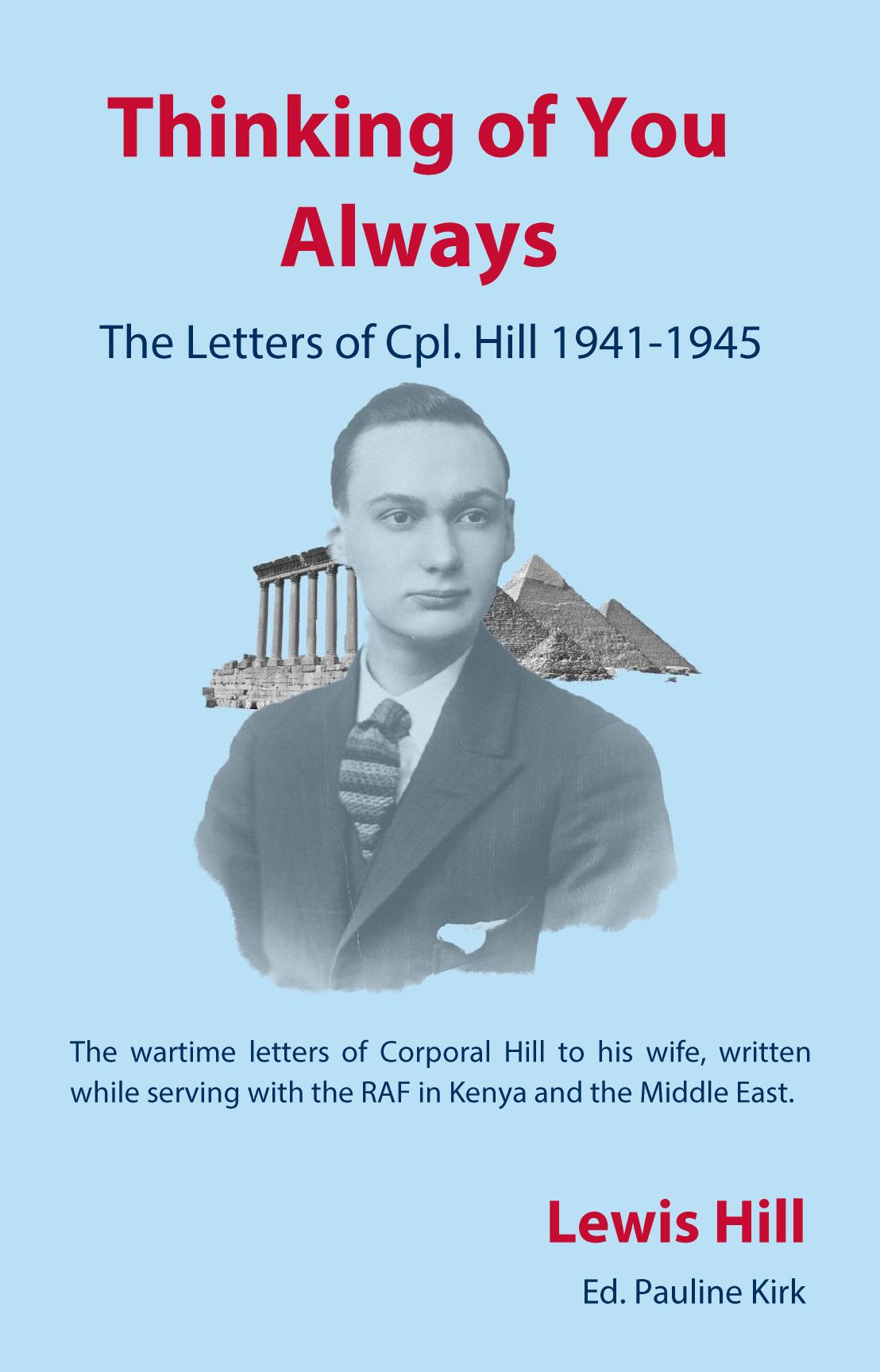 Join author Pauline Kirk for an insight into her work editing the letter of her uncle, Lewis Hill, RAF pilot during WWII.

Lewis Hill was mustered into the RAF in 1941. From the very beginning he wrote home to his wife, Doris, describing his life as an enlisted serviceman. This incredible record follows ‘Lew’ through his training, life with a balloon squadron in England, his journey to the Middle East on the troopship Queen Mary, service at Eldoret in Kenya, and his career in Egypt

This memoir gives readers a remarkable insight into life in the services during the Second World War.

This is also the testament of a man and his love for a woman whose hand in marriage he had to fight for. Mail home was censored so his letters were written with restraint, both to prevent the enemy discerning valuable details, and to keep the privacy of his relationships.  Lew’s letters are a remarkable testament to the endurance of his love through five years of separation.