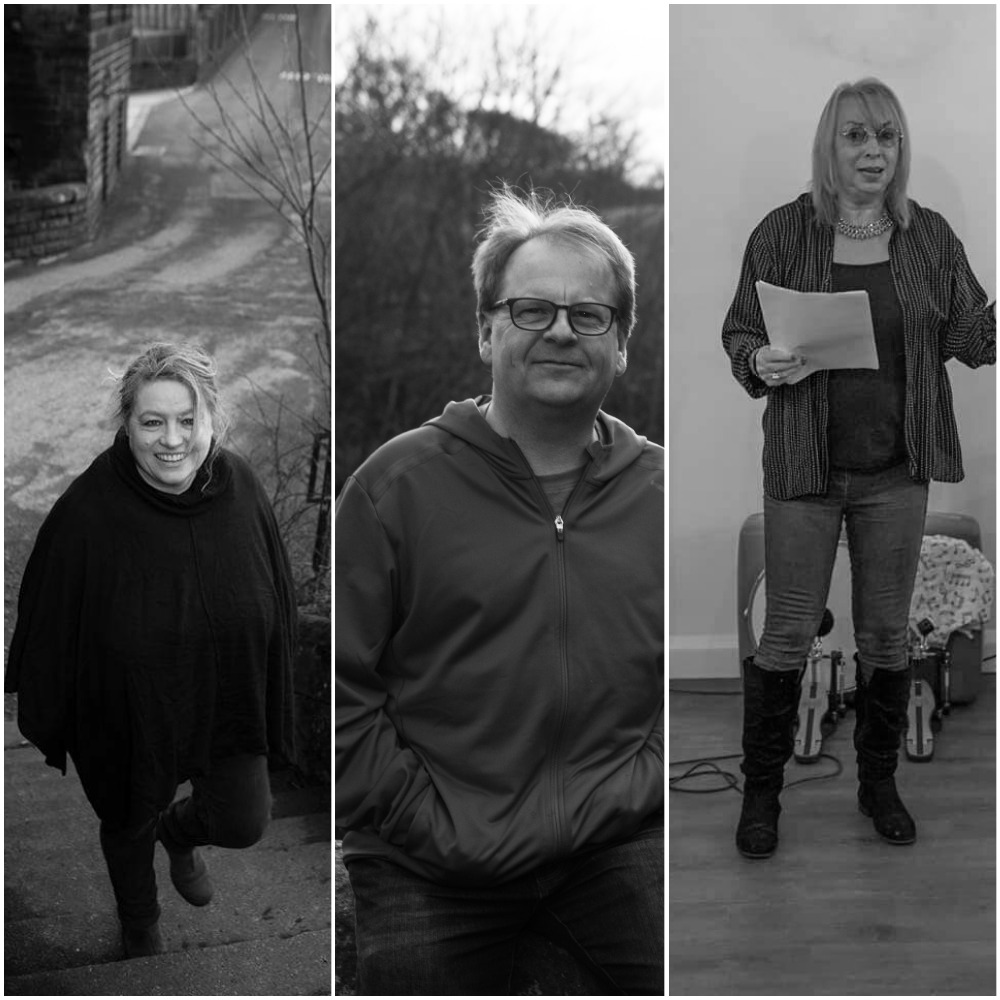 Mark Connors is an award winning poet and novelist from Leeds, UK. He’s had over 160 poems published in magazines, anthologies and webzines.Mark’s debut poetry pamphlet, ‘Life is a Long Song’ was published by OWF Press in 2015.  His first full length collection, ‘Nothing is Meant to be Broken’ was published by Stairwell Books in 2017. His second poetry collection, ‘Optics’, was published in 2019 by Yaffle. A joint collection, Reel Bradford, written with fellow writers behind poetry publishers, Yaffle, in partnership with Bradford City of Film, was also published in 2019. Mark is a managing editor at Yaffle. He is also a Bibliotherapist and Writing Workshop Facilitator for both poetry and fiction, and he co-runs the poetry open mic nights Word Club (Leeds) and Shaken in Sheeptown (Skipton), with his partner, Gill Lambert.

Gill Lambert is a poet and teacher from Yorkshire.  She has been published widely in print and online. With her partner Mark Connors she runs the poetry nights Shaken in Sheep Town and Word Club. Her pamphlet ‘Uninvited Guests’ was published in 2017 by Indigo Dreams and her debut collection ‘Tadaima’ was published by Yaffle this year.

Kathleen Strafford is a widely published poet, in journals, webzines and anthologies.  Her first poetry collection ‘Her Own Language’ was published by Dempsey & Windle in 2018. Kathleen’s new collection ‘Wilderness of Skin’ is published by Yaffle Press.  She is the chief editor of Runcible Spoon webzine publishing. Kathleen runs Runcible Spoon open mic at Miners Arms pub in Morley, Leeds. She is co-creator of ‘The Adventures of Dr Bear and Isabelle’ children’s book series.